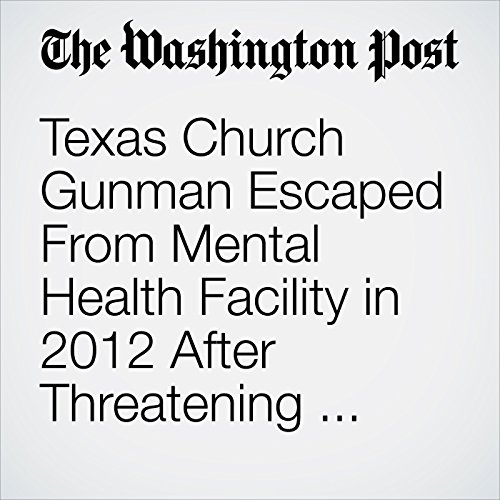 The gunman who opened fire in a church outside San Antonio, killing at least 26 people, escaped from a mental health facility in 2012 after he was caught sneaking guns onto an Air Force base and “attempting to carry out death threats” made against military superiors, according to a police report.

"Texas Church Gunman Escaped From Mental Health Facility in 2012 After Threatening Military Superiors" is from the November 07, 2017 National section of The Washington Post. It was written by Eva Ruth Moravec and Mark Berman and narrated by Sam Scholl.