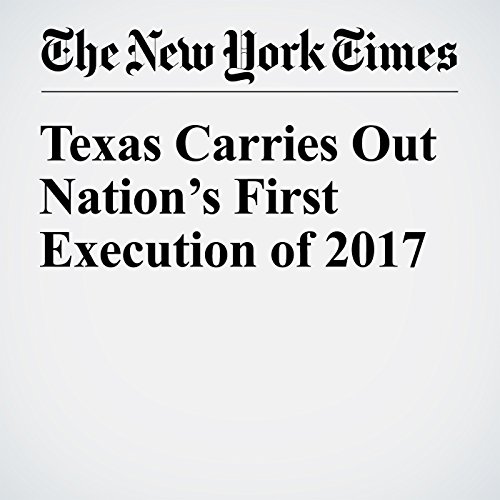 Texas carried out the nation’s first execution of 2017 on Wednesday night, putting to death Christopher Wilkins, who was convicted of killing two men who tricked him into paying $20 for a piece of gravel that he thought was crack cocaine.

"Texas Carries Out Nation’s First Execution of 2017" is from the January 12, 2017 U.S. section of The New York Times. It was written by Erin McCann and narrated by Keith Sellon-Wright.