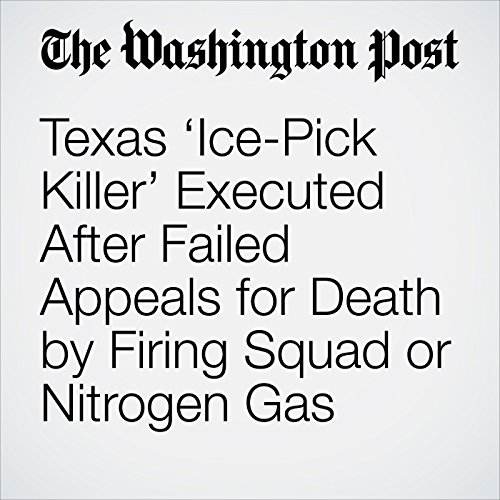 The man known as the “ice-pick killer,” accused in a series of murders and rapes, was put to death by lethal injection in Texas on Wednesday evening following unsuccessful appeals for other execution methods that his attorneys said would be more humane for the elderly and sick prisoner.

"Texas ‘Ice-Pick Killer’ Executed After Failed Appeals for Death by Firing Squad or Nitrogen Gas" is from the June 27, 2018 National section of The Washington Post. It was written by Kristine Phillips and narrated by Sam Scholl.