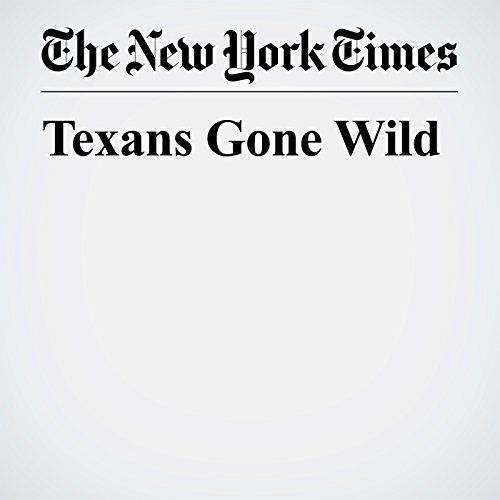 Republicans have controlled all three branches of government in my home state for more than a decade. Many policies now being championed by President Trump and Congressional leaders seem old hat to Texans: defunding public education, going after immigrants, shredding the safety net. But rather than resting their boots on the table, political leaders in Texas have moved farther to the right.

"Texans Gone Wild" is from the April 19, 2017 Opinion section of The New York Times. It was written by Ann Beeson and narrated by Kristi Burns.