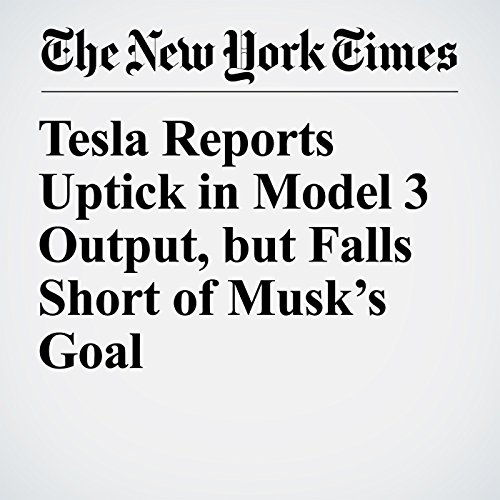 Tesla said Tuesday that it had produced almost 10,000 Model 3 electric cars in the first three months of 2018, a significant increase from the fourth quarter of last year but still short of the goal that investors hoped the company would reach.

"Tesla Reports Uptick in Model 3 Output, but Falls Short of Musk’s Goal" is from the April 03, 2018 Business section of The New York Times. It was written by Neal E. Boudette and narrated by Keith Sellon-Wright.