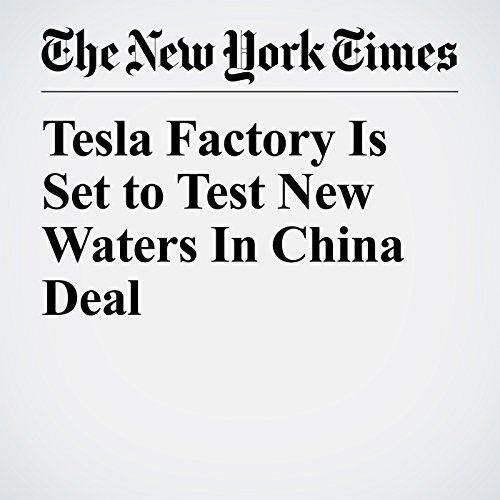 Tesla is moving closer to becoming the first foreign car company to have a wholly owned manufacturing operation in China, a deal that would test the relationship norms between a foreign automaker and the Chinese government.

"Tesla Factory Is Set to Test New Waters In China Deal" is from the October 22, 2017 Business section of The New York Times. It was written by Keith Bradsher and Natalie Kitroeff and narrated by Kristi Burns.