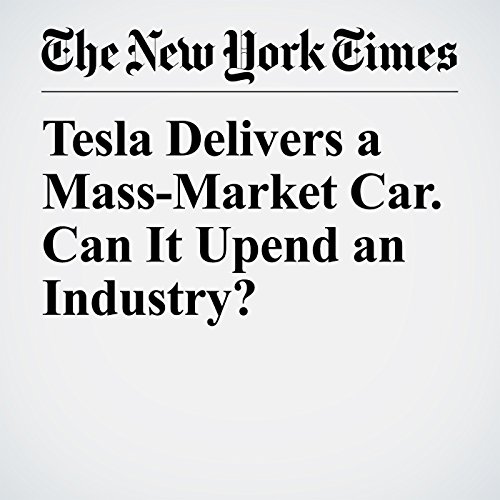 After a meteoric rise that made it, at least briefly, the most valuable car company in the United States, Tesla arrived at a moment of truth Friday night as it delivered the first of its mass-market sedans to their new owners.

"Tesla Delivers a Mass-Market Car. Can It Upend an Industry?" is from the July 29, 2017 Domestic section of The New York Times. It was written by Bill Vlasic and narrated by Keith Sellon-Wright.