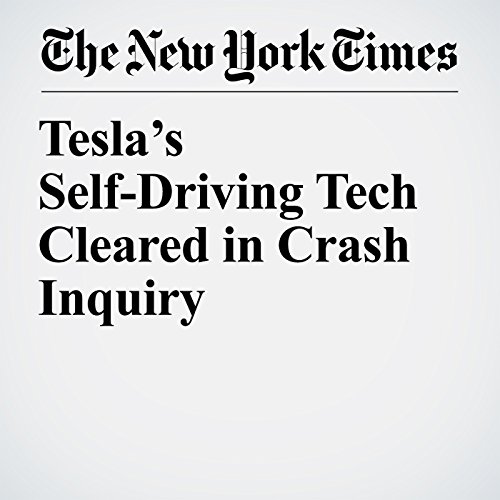 Eight months after a fatal crash involving a Tesla Motors car operating in a computer-assisted mode, federal auto-safety regulators said their investigation of the car found no defects in the system that caused the crash and said Tesla’s Autopilot-enabled vehicles did not need to be recalled.

"Tesla’s Self-Driving Tech Cleared in Crash Inquiry" is from the January 19, 2017 Business section of The New York Times. It was written by Neal E. Boudette and narrated by Corey M. Snow.