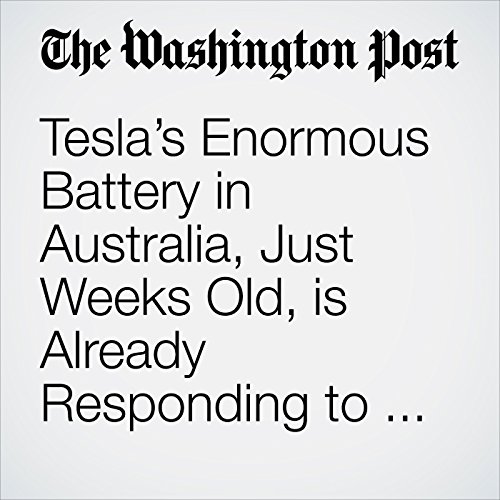 Less than a month after Tesla unveiled a new backup power system in South Australia, the world's largest lithium-ion battery is already being put to the test. And it appears to be far exceeding expectations: In the past three weeks alone, the Hornsdale Power Reserve has smoothed out at least two major energy outages, responding even more quickly than the coal-fired backups that were supposed to provide emergency power.

"Tesla’s Enormous Battery in Australia, Just Weeks Old, is Already Responding to Outages in ‘Record’ Time" is from the December 26, 2017 Technology section of The Washington Post. It was written by Brian Fung and narrated by Sam Scholl.