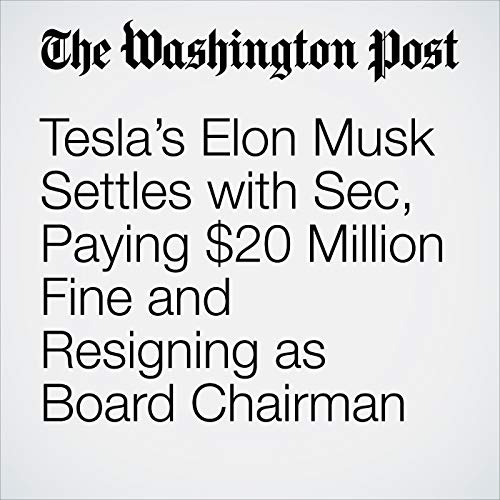 Tesla chief executive Elon Musk agreed on Saturday to step down as chairman of the electric car maker he founded, an unexpected resolution to a lawsuit filed by the Securities and Exchange Commission 48 hours earlier that threatened to throw Tesla into unprecedented chaos.

"Tesla’s Elon Musk Settles with Sec, Paying $20 Million Fine and Resigning as Board Chairman" is from the September 29, 2018 Business section of The Washington Post. It was written by Renae Merle and narrated by Sam Scholl.