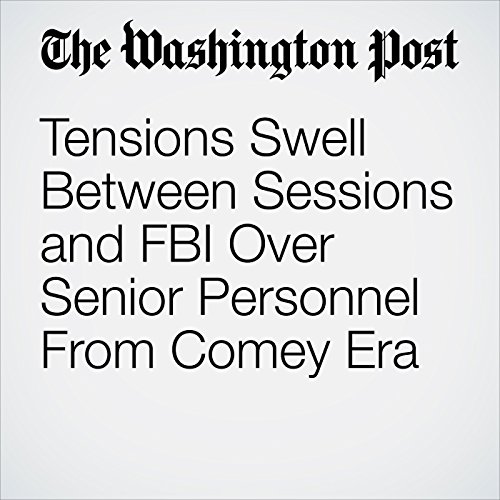 FBI Director Christopher A. Wray has been resisting pressure from Attorney General Jeff Sessions to replace the bureau’s deputy director, Andrew McCabe, a frequent target of criticism from President Trump, according to people familiar with the matter.

"Tensions Swell Between Sessions and FBI Over Senior Personnel From Comey Era" is from the January 22, 2018 National section of The Washington Post. It was written by Devlin Barrett and Philip Rucker and narrated by Sam Scholl.