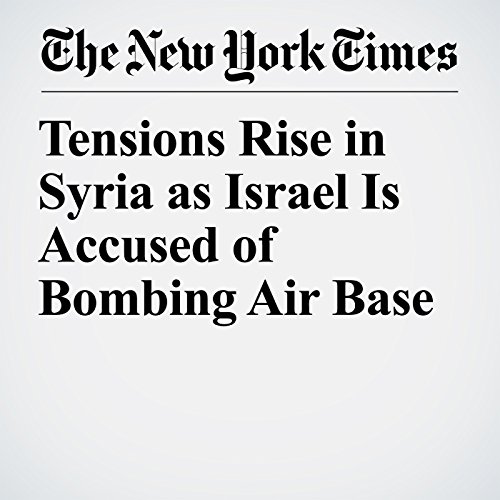 BEIRUT, Lebanon — Big power tensions in the Syria conflict, already running high after an apparent chemical weapons attack, ratcheted up again Monday as Syria and Russia blamed Israel for early morning airstrikes on a Syrian military base that a conflict monitoring group said had killed 14 people, including fighters from Iran.

"Tensions Rise in Syria as Israel Is Accused of Bombing Air Base" is from the April 09, 2018 World section of The New York Times. It was written by Ben Hubbard and narrated by Keith Sellon-Wright.