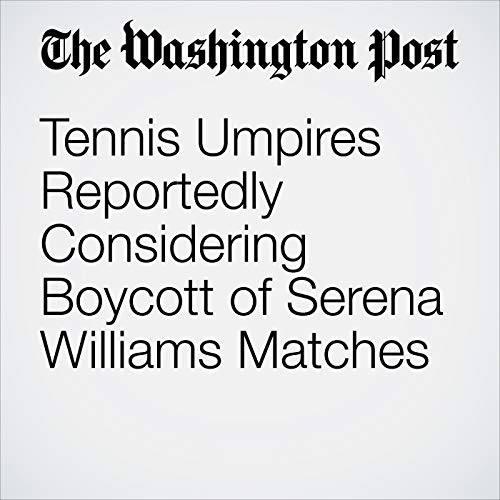 Stung by what they perceive as a lack of institutional support for the chair umpire who gave Serena Williams a game penalty late in the U.S. Open women’s final, which set off a firestorm of criticism, other umpires are reportedly discussing the possibility of boycotting her matches. Top umpires are also considering the formation of a union, according to a report Tuesday, in part because they are not allowed to discuss specific matches.

"Tennis Umpires Reportedly Considering Boycott of Serena Williams Matches" is from the September 12, 2018 National section of The Washington Post. It was written by Des Bieler and narrated by Sam Scholl.