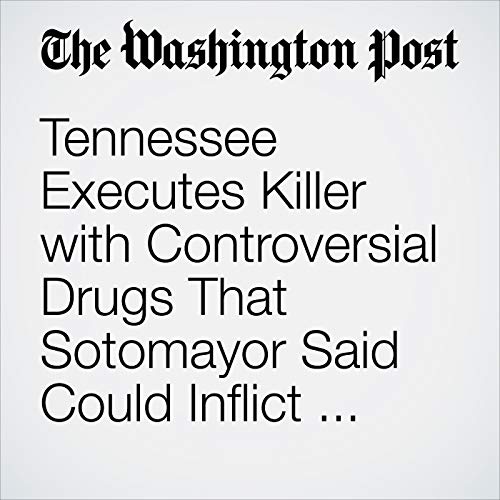 Tennessee executed Billy Ray Irick on Thursday night, after the U.S. Supreme Court denied a final request to stay his execution. Convicted of the 1985 rape and murder of 7-year-old Paula Dyer, Irick is the state’s first inmate to be put to death since 2009. He was also the first to receive Tennessee’s controversial new three-drug cocktail.

"Tennessee Executes Killer with Controversial Drugs That Sotomayor Said Could Inflict ‘Torturous Pain’" is from the August 10, 2018 National section of The Washington Post. It was written by Deanna Paul and Mark Berman and narrated by Jenny Hoops.