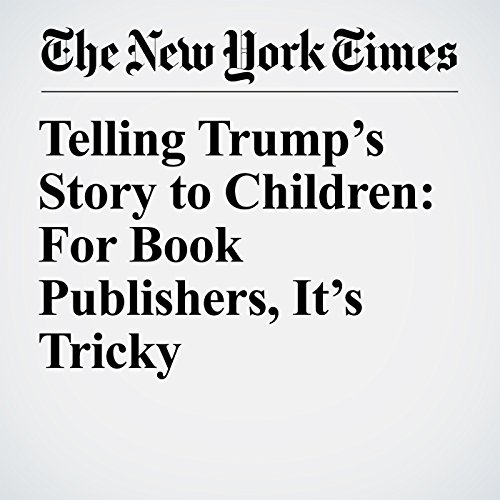 On Nov. 10, Beth Sutinis sat at her desk in Brooklyn, New York, with a big task looming. As the executive editor for the children’s division of Time Inc. Books, she and her colleagues had worked through the fall to update their book “Presidents of the United States.” They added a spread about Barack Obama, another about the 2016 election and a third about Hillary Clinton, who polls had indicated would be elected the 45th president.

"Telling Trump’s Story to Children: For Book Publishers, It’s Tricky" is from the April 05, 2017 U.S. section of The New York Times. It was written by Katherine Rosman and narrated by Keith Sellon-Wright.