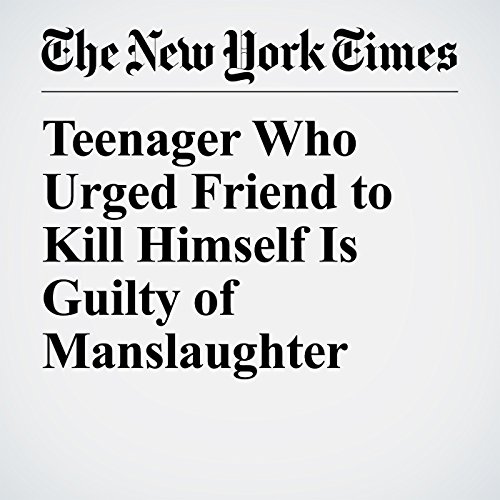 A young woman who sent a barrage of text messages to another teenager urging him to kill himself was found guilty Friday of involuntary manslaughter in a case that many legal experts had expected to result in an acquittal.

"Teenager Who Urged Friend to Kill Himself Is Guilty of Manslaughter" is from the June 16, 2017 U.S. section of The New York Times. It was written by Katharine Q. Seelye and Jess Bidgood and narrated by Barbara Benjamin-Creel.