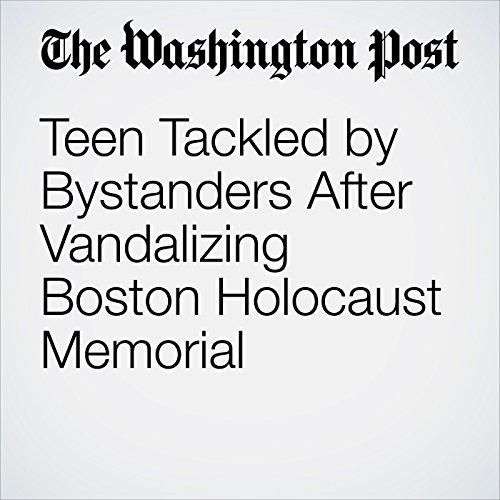 The New England Holocaust Memorial in downtown Boston was vandalized Monday night by a 17-year-old who was immediately tackled by bystanders and held until police arrived, police said.

"Teen Tackled by Bystanders After Vandalizing Boston Holocaust Memorial" is from the August 15, 2017 Morning Mix section of The Washington Post. It was written by Alex Schiffer and narrated by Sam Scholl.