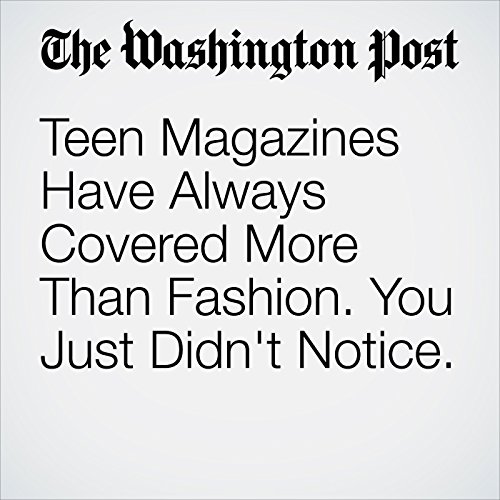 "Teen Magazines Have Always Covered More Than Fashion. You Just Didn't Notice." is from The Washington Post, published on May 12, 2017.