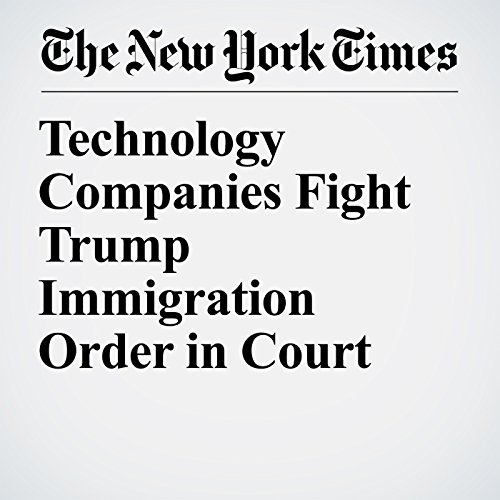 "Technology Companies Fight Trump Immigration Order in Court" is from the January 30, 2017 Business section of The New York Times. It was written by Nick Wingfield and Daisuke Wakabayashi and narrated by Fleet Cooper.