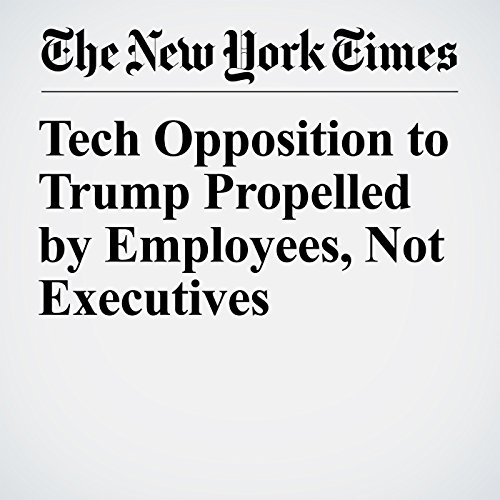 Tech Opposition to Trump Propelled by Employees, Not Executives

For all its visceral dislike of Donald Trump, the tech community did not worry too much about him being elected or, once in office, carrying through with his program. Lulled by favorable polls, distracted by its own destiny, Silicon Valley was above all else complacent.

"Tech Opposition to Trump Propelled by Employees, Not Executives" is from the February 06, 2017 Technology section of The New York Times. It was written by David Streitfeld and narrated by Caroline Miller.