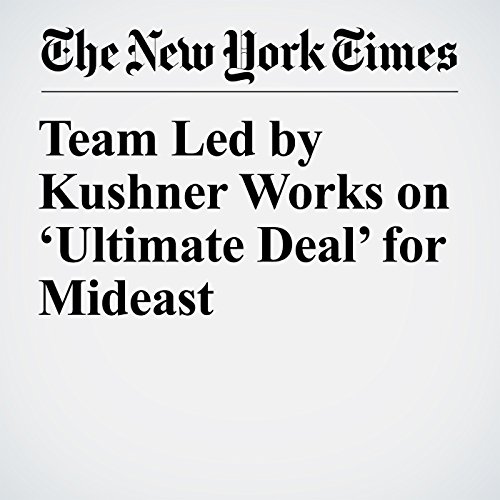 Team Led by Kushner Works on ‘Ultimate Deal’ for Mideast

President Donald Trump and his advisers have begun developing their own concrete blueprint to end the decades-old conflict between Israel and the Palestinians, a plan intended to go beyond previous frameworks offered by the U.S. government in pursuit of what the president calls “the ultimate deal.”

"Team Led by Kushner Works on ‘Ultimate Deal’ for Mideast" is from the November 11, 2017 World section of The New York Times. It was written by Peter Baker and narrated by Kristi Burns.