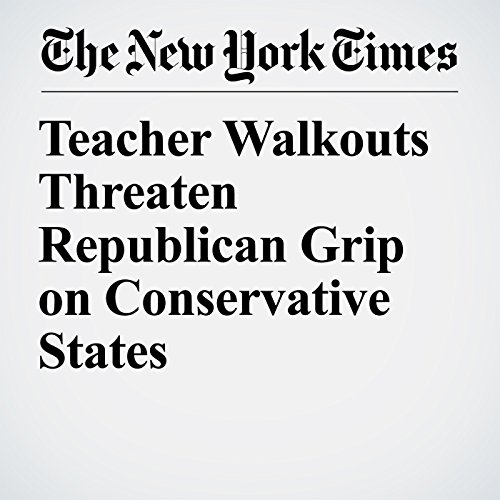 CHANDLER, Ariz. — An intensifying series of red-state battles over education funding and teacher pay threatens to loosen Republicans’ grip on some of the country’s most conservative states, as educators and parents rebel against a decade of fiscal austerity that has cut deeply into public education.

"Teacher Walkouts Threaten Republican Grip on Conservative States" is from the April 12, 2018 U.S. section of The New York Times. It was written by Dana Goldstein and Alexander Burns and narrated by Keith Sellon-Wright.