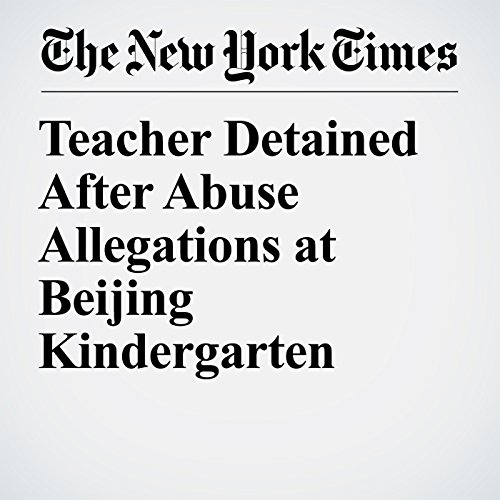 A kindergarten teacher suspected of abusing children was detained by police in China’s capital, state media reported Saturday, as the city government tried to contain public fury over claims that children at the kindergarten had been fed pills, jabbed with needles and forced to strip.

"Teacher Detained After Abuse Allegations at Beijing Kindergarten" is from the November 25, 2017 World section of The New York Times. It was written by Chris Buckley and narrated by Keith Sellon-Wright.