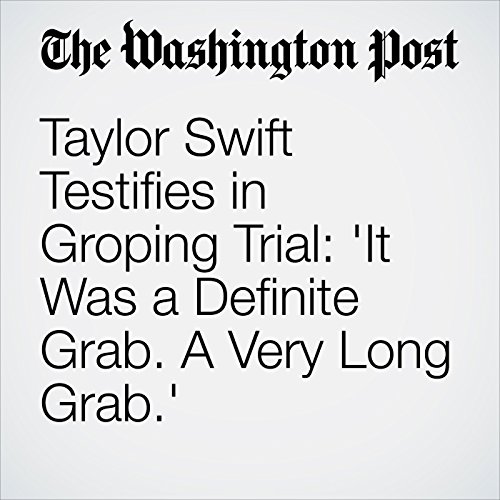 Taylor Swift testified in a Denver federal court Thursday about a 2013 incident in which she alleges former radio DJ David Mueller groped her during a meet-and-greet she held for fans before a concert. USA Today reported that Swift spent just over an hour on the stand, where she said that Mueller “grabbed my a– underneath my skirt.”

"Taylor Swift Testifies in Groping Trial: 'It Was a Definite Grab. A Very Long Grab.'" is from the August 10, 2017 Arts and Entertainment section of The Washington Post. It was written by Bethonie Butler and narrated by Jenny Hoops.