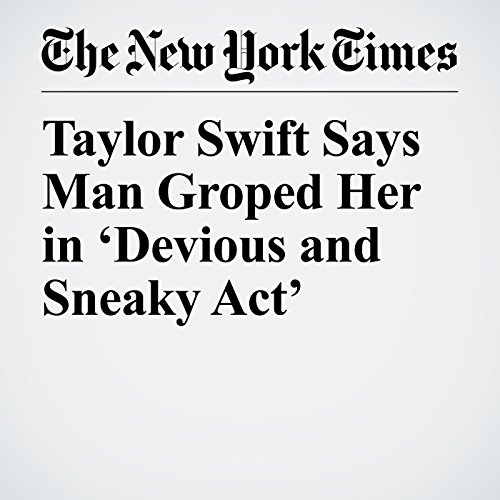 An assertive Taylor Swift told a Denver jury Thursday that there was no question she was intentionally groped in 2013 by a radio host who is suing her because, he says, she falsely accused him and cost him his career.

"Taylor Swift Says Man Groped Her in ‘Devious and Sneaky Act’" is from the August 10, 2017 Entertainment section of The New York Times. It was written by Donna Bryson and narrated by Barbara Benjamin-Creel.