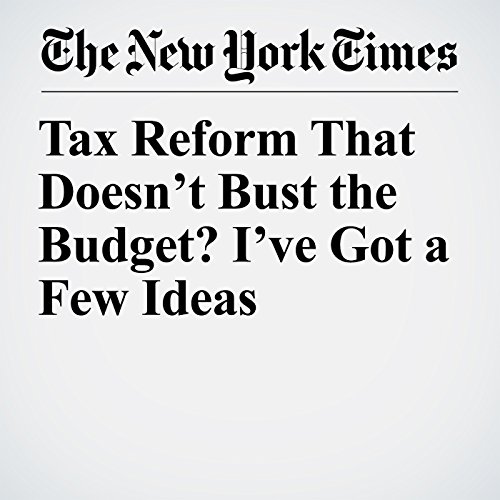 Can this tax plan be saved?Given the chorus of derision that greeted the release last week of the “Unified Framework for Fixing Our Broken Tax Code,” as the White House is calling it, the most ambitious attempt at tax reform in over 40 years would appear to be on a respirator, if not yet dead.

"Tax Reform That Doesn’t Bust the Budget? I’ve Got a Few Ideas" is from the October 05, 2017 Business section of The New York Times. It was written by James B. Stewart and narrated by Fleet Cooper.