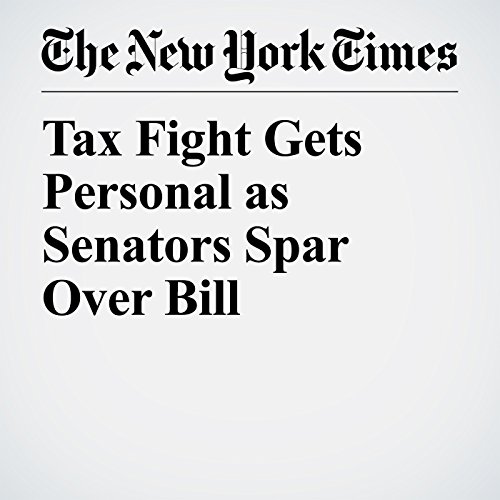 As the $1.5 trillion tax cut sailed through the House on Thursday along party lines, the Senate Finance Committee was beset by sharp exchanges between Republicans and Democrats, who spent an arduous day trying — and failing — to change a bill they said would favor corporations and the rich over everyone else.

"Tax Fight Gets Personal as Senators Spar Over Bill" is from the November 17, 2017 U.S. section of The New York Times. It was written by Alan Rappeport and narrated by Archie Montgomery.