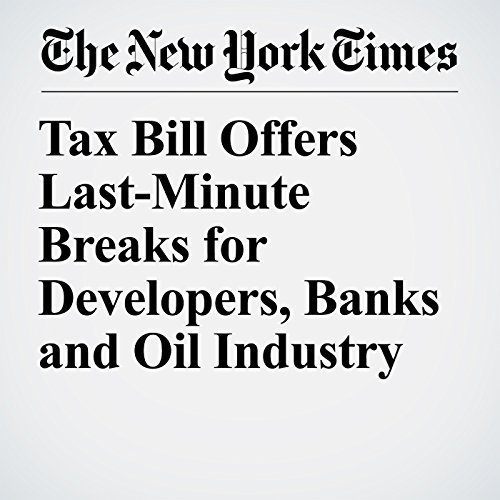 Even hours after the Senate vote, tax experts were scratching their heads over precisely what had made it into the final version of the bill and the impact of some significant provisions.

"Tax Bill Offers Last-Minute Breaks for Developers, Banks and Oil Industry" is from the December 02, 2017 U.S. section of The New York Times. It was written by Jesse Drucker and Patricia Cohen and narrated by Keith Sellon-Wright.