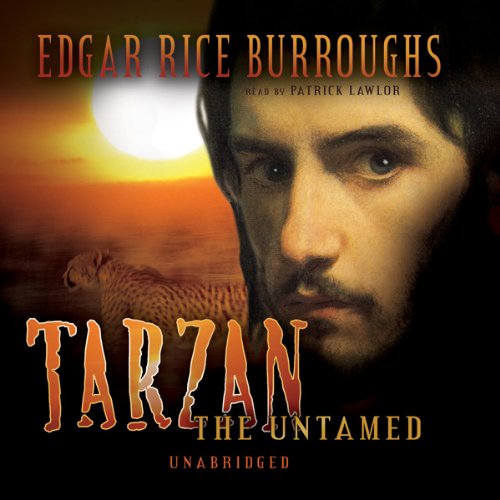 Here is the continuing adventure of one of fiction's most dramatic heroes, Tarzan the ape-man. In this new episode, Tarzan has given up his jungle ways and is living contentedly on a farm with his beloved wife, Jane, as a wealthy member of British nobility. But when he returns one day from a trip to Nairobi, he finds his farm has been laid to waste by German troops, with no one left alive. In grief and rage, he casts off the veneer of civilization to become once again the primitive ape-man, ranging the country in search of those who killed his mate, and to mete out to them the vengeance of the jungle.

Never has master storyteller Edgar Rice Burroughs so skillfully shown the struggles within the breast of his ape-man hero who, through dozens of adventures and hair-breadth escapes, tracks down his enemies and triumphs in a crashing, action-packed climax.

Back to the Jungle

What a shocking story! Totally unexpected development. Storyline goes quickly. Narrator does an excellent job. Why didn't I read these stories when I was younger? Well written, full of detailed description s and excellent vocabulary.

If you like Edgar Rice Burroughs you will love this story. That said the narrator is mediocre and there are several obvious edits where the audio quality changes enough to be noticed taking you out of the story. I would give the narrator a 2 star rating and the story a 5 star. Overall my love of Tarzan stories biases me forcing the 4 star rating.

ERB while pedantic can still keep a story moving along. Even today with Google Earth to check times and distances the story still stays "real".