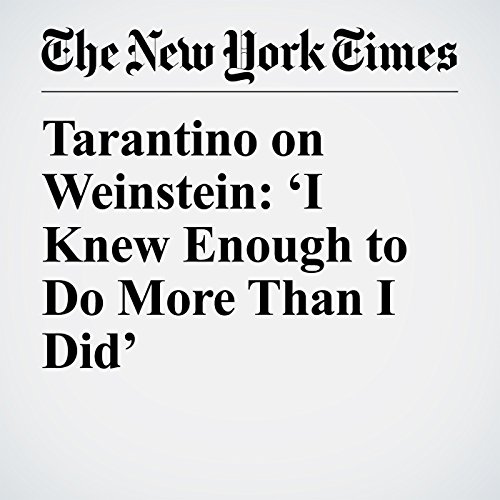 Quentin Tarantino, the Hollywood director most closely tied to Harvey Weinstein, has known for decades about the producer’s alleged misconduct toward women and now feels ashamed he did not take a stronger stand and stop working with him, he said in an interview.

"Tarantino on Weinstein: ‘I Knew Enough to Do More Than I Did’" is from the October 19, 2017 Entertainment section of The New York Times. It was written by Jodi Kantor and narrated by Barbara Benjamin-Creel.

Cosa pensano gli ascoltatori di Tarantino on Weinstein: ‘I Knew Enough to Do More Than I Did’