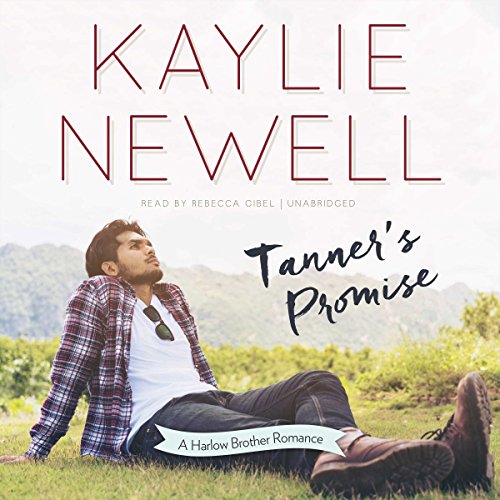 Tanner Harlow is a talented landscape designer, quietly building a name and a solid future when he finds himself needing to be the temporary guardian to his 11-year-old half-sister. Tanner loves her, but he can't see himself as a father figure or imagine how he's going to build his business during his busiest season with a child in tow. But his newest client - his high-school crush, who still makes his heart pound - has a proposition that will help them both, as long as Tanner can resist the tempting lure of the girl next door.

Elementary school teacher Francie Tate moved back to Marietta to be close to her ailing father. She plans to settle in and fix up her little bungalow before the school year starts, but she definitely needs help with the neglected yard. She's shocked when the landscaper she hired turns out to be a classmate. Tanner used to be shy in school, but he isn't the same kid anymore - he's tall, sexy, and has the most striking brown eyes she's ever seen. When Francie learns of Tanner's need for child care, she impulsively offers to watch his half-sister for the summer in return for some landscaping and renovations around the house.

It seems like a win-win, but Francie didn't bargain on falling in love.

What's with all the cuss words? Really limiting her audience. Won't read another. So sad.

what a wonderful book! The characters are loveable. The storyline is great. No cheating. No back story of the H sleeping with every woman that he comes in contact with. The h is not a virgin at 26. Just an all around great story. I can't wait to read the next two books.

narrator was not the best. if you can get past that I really liked the story

I enjoyed this read and I would recommend it to mature adults due to language and sex scenes. The story was quite enjoyable. I will probably end up reading more in the series as well.

I liked it but I didn't love it. It just seemed to drag a little but I'd definitely recommend listening to it though. I really liked the especially her voice for the 11/12 yr old sister Maddie. Dual povs but I really wish authors would use a male and female narrator.

When I listen to romances, I allow a lot of leeway. But this book was awful. The writing was very juvenile to be honest. what author and editor have characters say “ she killed him dead.“? I say that as a JOKE to friends. This made it into a book multiple times and not as a joke. That in addition to the author using a ridiculous number of analogies throughout illustrate just a couple of examples of this author’s lack of skill/sophistication. Gosh I sound like a jerk, but it’s true. The topper Was that the narrator was terrible. Screechy, ended sentences with a lift (as if a question…) I could go on but will stop here. There are too many good romances out there to waste time on this one.

Need a booster shot of HOPE, this is it

Great story, reminiscent of the great Carolyn Brown. I will be listening more from this author. Great find. I slowed the timing on the narrator and liked it more.

Such an enjoyable story with a happy lighthearted mood. Upbeat performance in tune with this delightful story.

I listened to the audio book version of this book. this is a standard romance. a man doesn't want to make a commitment to his girlfriend. he is suddenly the guardian of his sister. doesn't want to commit to that. leaves both women swinging in the wind.

Loved it so much! It made me tear up a few times. Such a sweet story.

Great start to the series.

This was a heartwarming story, Tanner is a lovely guy who has been through a lot. It was lovely to see how much Tanner and Francie grew through the book.

couldnt get into this one very easily the story seems nice but to drawn out I needed a bit of umph in the story maybe its just a sweet one as my mums says..

A story full of heart

I love Tanner, Fransie Maddie and of course who could not love the dog Charlotte, such a great cast for an adorable, sweet romance, one that is not without its ups and downs and its heart in the mouth moments. I am glad this is the first in the series, Tanner's brothers make brief appearances and are alluded to but I want to see how things are going to develop for the whole family so I am going back for more of these gorgeous harlow brothers.