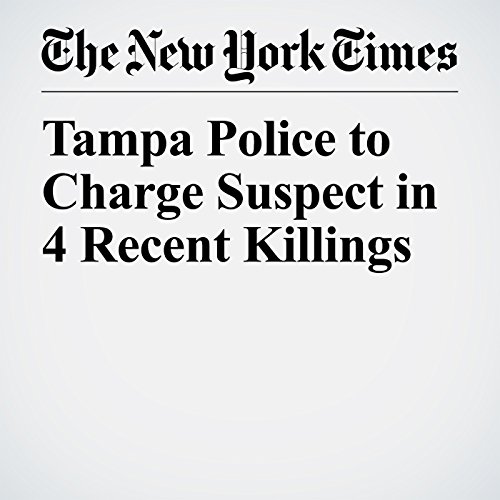 The Police Department in Tampa, Florida, will charge a 24-year-old man in a series of four killings that terrorized the Seminole Heights neighborhood, the police chief announced at a late-night news conference on Tuesday.

"Tampa Police to Charge Suspect in 4 Recent Killings" is from the November 29, 2017 U.S. section of The New York Times. It was written by Maggie Astor and narrated by Keith Sellon-Wright.