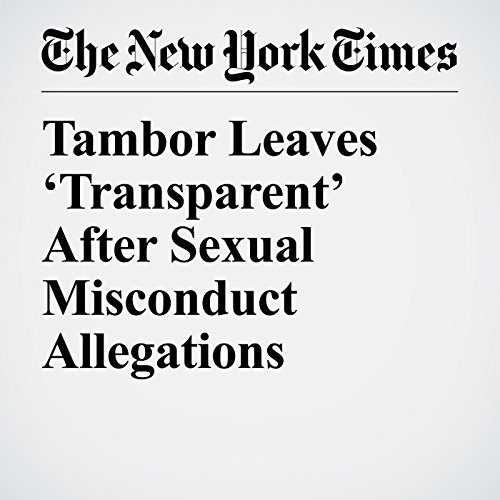 Jeffrey Tambor, star of the Amazon series “Transparent,” will not return for the show’s fifth season after two women accused him of sexual misconduct.

"Tambor Leaves ‘Transparent’ After Sexual Misconduct Allegations" is from the November 19, 2017 Entertainment section of The New York Times. It was written by Maggie Astor and narrated by Keith Sellon-Wright.