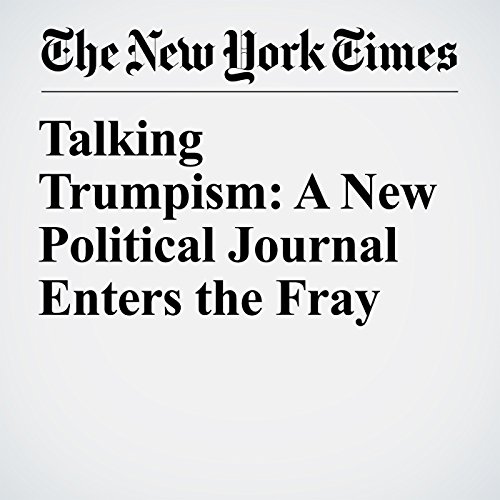 William F. Buckley Jr. said he would rather be governed by the first 2,000 names in the Boston phone book than by the faculty of Harvard. But one evening late last month, the Harvard Club in Midtown was as good a place as any to go looking for the intellectual future of conservatism.

The occasion was the unveiling of American Affairs, a tweedy quarterly journal dedicated to giving intellectual heft and coherence to the amorphous ideology known, for lack of a better term, as Trumpism.

"Talking Trumpism: A New Political Journal Enters the Fray" is from the March 08, 2017 Entertainment section of The New York Times. It was written by Jennifer Schuessler and narrated by Caroline Miller.