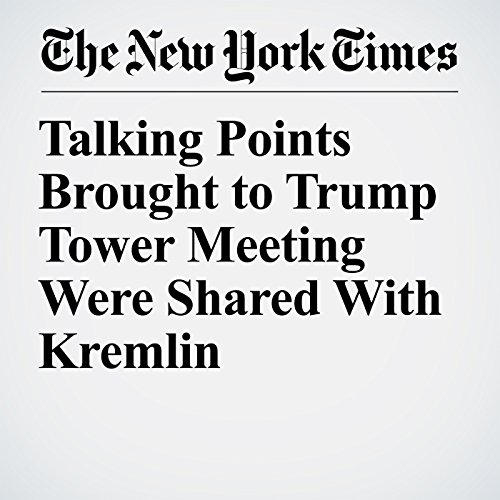 Natalia V. Veselnitskaya arrived at a meeting at Trump Tower in June 2016 hoping to interest top Trump campaign officials in the contents of a memo she believed contained information damaging to the Democratic Party and, by extension, Hillary Clinton. The material was the fruit of her research as a private lawyer, she has repeatedly said, and any suggestion that she was acting at the Kremlin’s behest that day is anti-Russia “hysteria.”

"Talking Points Brought to Trump Tower Meeting Were Shared With Kremlin" is from the October 27, 2017 World section of The New York Times. It was written by Sharon Lafraniere and Andrew E. Kramer and narrated by Mike DelGaudio.