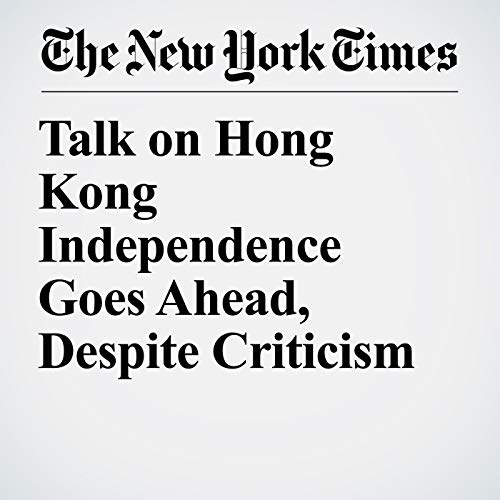 HONG KONG — The head of a political party calling for Hong Kong’s independence from China said Tuesday that government efforts to ban his group were a sign of eroding freedoms in the city.

"Talk on Hong Kong Independence Goes Ahead, Despite Criticism" is from the August 14, 2018 World section of The New York Times. It was written by Austin Ramzy and narrated by Keith Sellon-Wright.