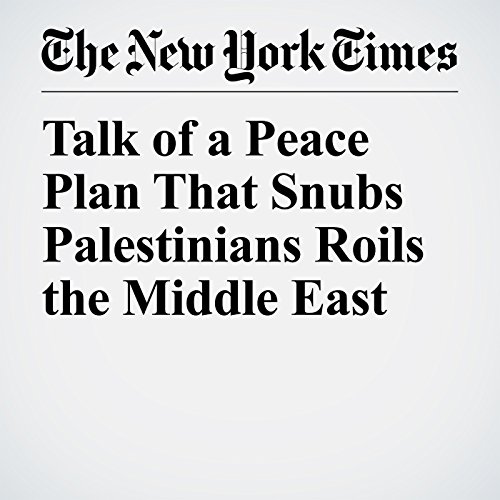 In a mysterious trip last month, Mahmoud Abbas, the Palestinian president, traveled to Saudi Arabia’s capital for consultations with the hard-charging crown prince about President Donald Trump’s plans for Middle East peace. What was said when the doors were closed, however, has since roiled the region.

"Talk of a Peace Plan That Snubs Palestinians Roils the Middle East" is from the December 03, 2017 World section of The New York Times. It was written by Anne Barnard, David M. Halbfinger and Peter Baker and narrated by Kristi Burns.