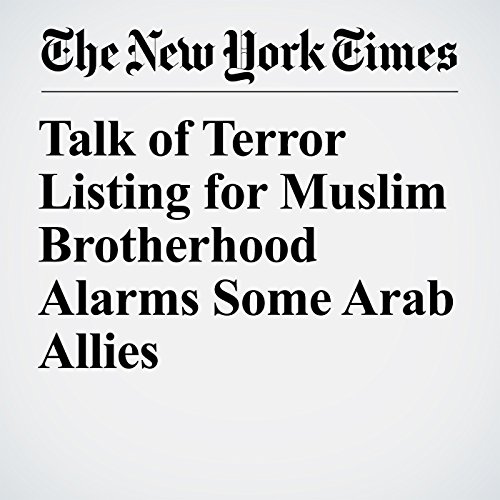 In Morocco, it would tip a delicate political balance. In Jordan, it could prevent U.S. diplomats from meeting with opposition leaders. In Tunisia, it could make criminals of a political party seen as a model of democracy after the Arab Spring.

"Talk of Terror Listing for Muslim Brotherhood Alarms Some Arab Allies" is from the February 20, 2017 World section of The New York Times. It was written by Declan Walsh and narrated by Fleet Cooper.