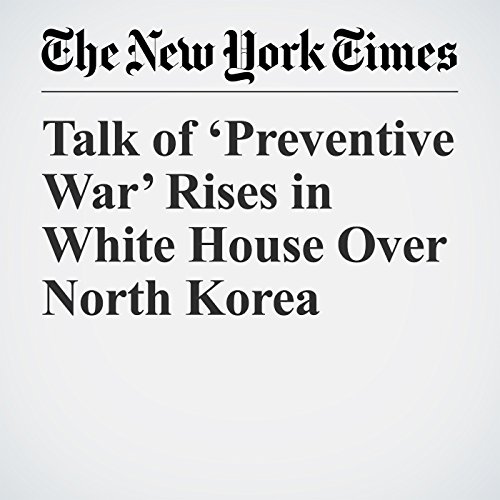 Not since 2002, as the United States built a case for war in Iraq, has there been so much debate inside the White House about the merits — and the enormous risks — of pre-emptive military action against an adversary nation.

"Talk of ‘Preventive War’ Rises in White House Over North Korea" is from the August 20, 2017 World section of The New York Times. It was written by David E. Sanger and narrated by Keith Sellon-Wright.