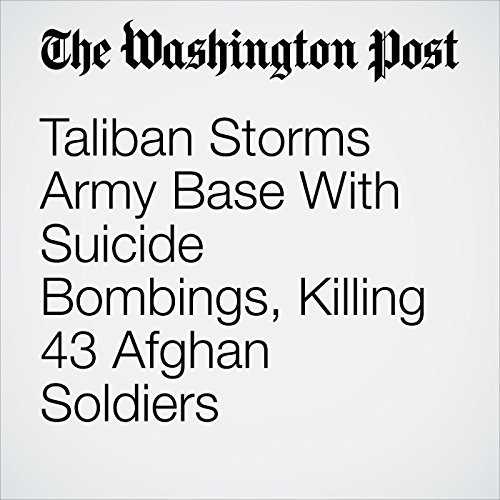 Taliban forces nearly wiped out an entire Afghan army post on Wednesday, killing 43 soldiers when they stormed a base with suicide bombers in the strife-torn southern province of Kandahar. The group also launched two attacks elsewhere that killed 15 people.

"Taliban Storms Army Base With Suicide Bombings, Killing 43 Afghan Soldiers" is from the October 19, 2017 World section of The Washington Post. It was written by Antonio Olivo and narrated by Sam Scholl.