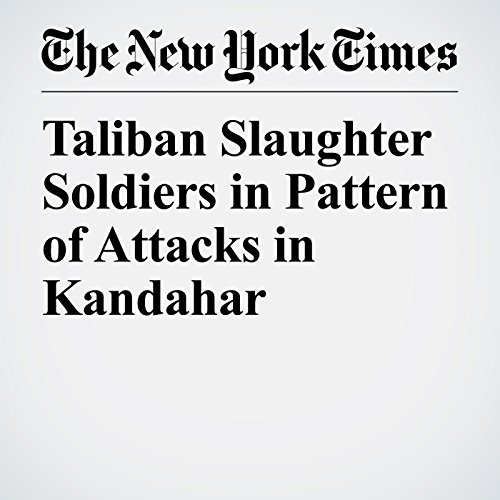 In a bloody overnight attack in Afghanistan’s Kandahar province Wednesday, the Taliban routed an Afghan army outpost, killing dozens of soldiers and raising fears of a concerted insurgent offensive in the province, a former seat of Taliban power that took years of effort by coalition and Afghan forces to secure.

"Taliban Slaughter Soldiers in Pattern of Attacks in Kandahar" is from the July 26, 2017 World section of The New York Times. It was written by Taimoor Shah and Mujib Mashal and narrated by Keith Sellon-Wright.