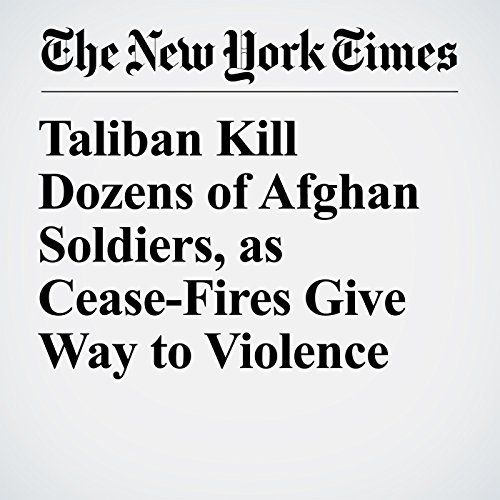 KABUL, Afghanistan — At least 30 Afghan soldiers were killed in a single Taliban attack in the northwest of the country early Wednesday, officials said, indicating an end to a brief lull in violence after both sides agreed to unilateral cease-fires.

"Taliban Kill Dozens of Afghan Soldiers, as Cease-Fires Give Way to Violence" is from the June 20, 2018 World section of The New York Times. It was written by Mujib Mashal and narrated by Kristi Burns.