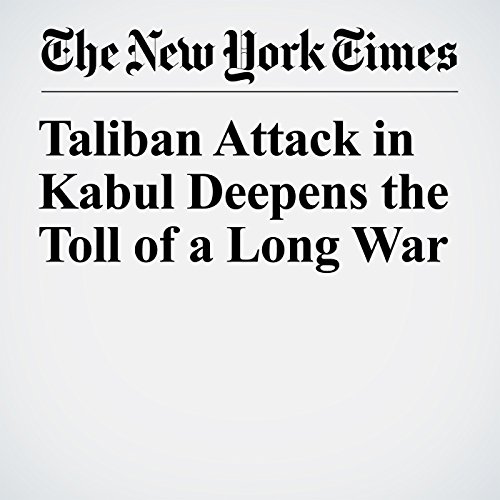 KABUL, Afghanistan — The Taliban drove an ambulance packed with explosives into a crowded Kabul street Saturday, setting off an enormous blast that killed at least 95 people and injured 158 others, adding to the grim toll in what has been one of the most violent stretches of the long war, Afghan officials said.

"Taliban Attack in Kabul Deepens the Toll of a Long War" is from the January 27, 2018 World section of The New York Times. It was written by Mujib Mashal and Jawad Sukhanyar and narrated by Keith Sellon-Wright.