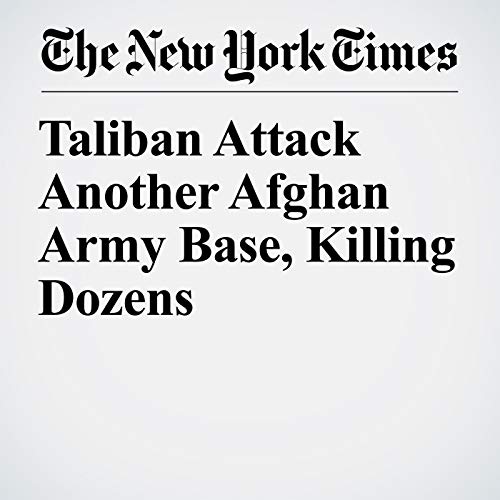 MAZAR-I-SHARIF, Afghanistan — Taliban insurgents overran an Afghan army base and a police checkpoint in northern Afghanistan on Wednesday, killing at least 39 soldiers and police officers, officials said, and a suicide bomber in the capital killed at least 48 people in a classroom.

"Taliban Attack Another Afghan Army Base, Killing Dozens" is from the August 15, 2018 World section of The New York Times. It was written by Najim Rahim and Fahim Abed and narrated by Kristi Burns.