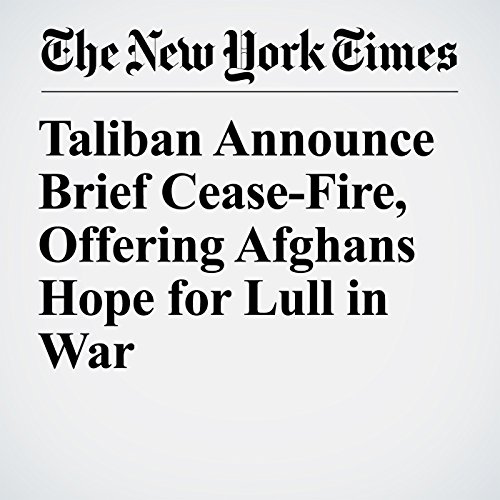 KABUL, Afghanistan — In a move that could inject life into a long-struggling Afghan peace process, the Taliban announced Saturday that they would halt operations against Afghan forces for the three days of the Muslim festival Eid al-Fitr.

"Taliban Announce Brief Cease-Fire, Offering Afghans Hope for Lull in War" is from the June 09, 2018 World section of The New York Times. It was written by Mujib Mashal and narrated by Kristi Burns.