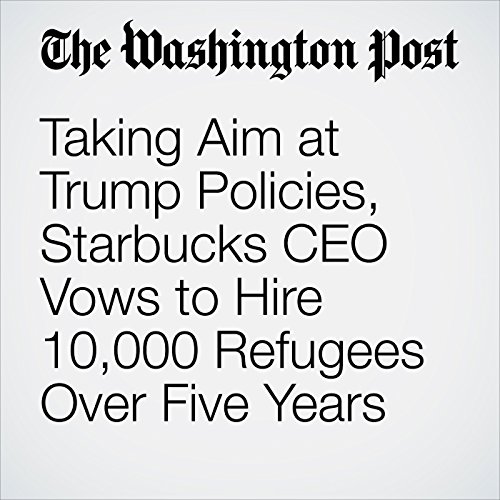 Starbucks CEO Howard Schultz added a coffee magnate's voice to the chorus of tech industry executives who spoke out over the weekend against President Trump's travel ban order, announcing plans for the coffee behemoth to hire 10,000 refugees over five years in 75 countries, initially focusing on those who served as interpreters or as support personnel for U.S. military.

"Taking Aim at Trump Policies, Starbucks CEO Vows to Hire 10,000 Refugees Over Five Years" is from the January 30, 2017 Business section of The Washington Post. It was written by Jena McGregor and narrated by Sam Scholl.