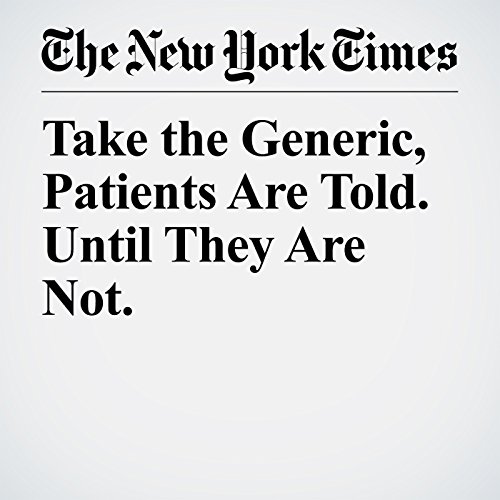 Take the Generic, Patients Are Told. Until They Are Not.

Nathan Taylor, a 3-D animator who lives outside Houston, has tried to do that with all his medications. But when he fills his monthly prescription for Adderall XR to treat his attention-deficit disorder, his insurance company refuses to cover the generic. Instead, he must make a copayment of $90 a month for the brand-name version. By comparison, he pays $10 or less each month for the five generic medications he also takes.

"Take the Generic, Patients Are Told. Until They Are Not." is from the August 06, 2017 U.S. section of The New York Times. It was written by Charles Ornstein and Katie Thomas and narrated by Keith Sellon-Wright.

Cosa pensano gli ascoltatori di Take the Generic, Patients Are Told. Until They Are Not.