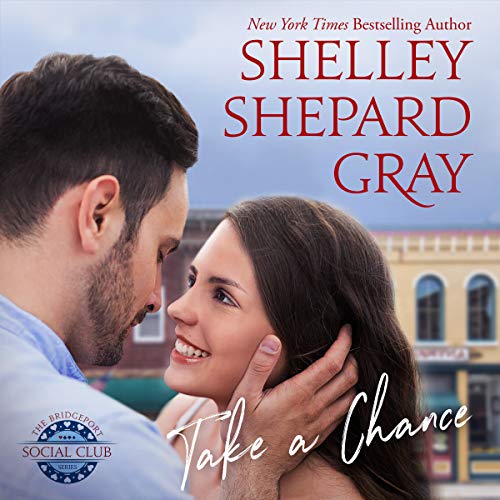 Kurt Holland wants the best for his younger brother, which is why he moves Sam to Bridgeport, Ohio. It's a bigger town with a well-known high school. Just the place to give his little brother more opportunities - maybe even a scholarship to college. Kurt hopes his gamble pays off, since Sam's future isn't the only thing riding on it. Kurt's put most of his savings into a new landscaping business there, too. But when Sam gets in trouble for fighting at school, Kurt isn't so sure it was the right decision...until he meets Sam's English teacher.

Emily Springer is passionate about helping all of her students succeed, but there's something about Sam Holland that makes her want to go the extra mile. When he's caught in a fight at school, she goes to bat in his defense, and during a conference with the principal she meets Sam's rugged older brother - and guardian. Emily has a strict no-dating policy when it comes to her students' parents, but Kurt isn't technically Sam's parent. It's OK to bend the rules a little bit, right?

In an effort to make some friends and find a place in the Bridgeport community, Kurt starts up a weekly poker game in his garage. It's not long before everyone wants in, and they all soon discover that these Friday night poker gatherings are about more than just the game.

Shelley Shepard Gray's new Bridgeport Social Club series is about men who need a place to call home, a community in need of hope, and a group of women who are special enough to help both things happen. This first installment is genuine and heartfelt. It's filled with hope, warmth, and the belief that love and acceptance can overcome any tough situation.

A Publishers Weekly Editors' Choice in Romance for Fall 2018.

Over the last couple of years, I have purchased 30 audio books by Shelley Shepard Gray. As a Christian, I really enjoyed them and always looked forward to her new releases. I knew if young ears heard her audiobooks, I wouldn't have to worry. Every time a new book comes out, I look forward to buying the audio book.

I really don't have the words to say how shocked, disappointed and even angry I am at what she's done to her listeners without any warning. If you are expecting a good, wholesome book for your family's ears, be ready for trashy language and strong sexual overtones. After listening to 30 audio books by Shelley Shepard Gray, I can hardly believe she wrote this drivel.

Early on in the book, I started hearing foul language, coming mostly from mouths of the young high school children in the book. The sexual innuendos and double entendres were NOT funny and I nearly stopped listening. The only reason I listened to 2/3 of the book is because I wanted to write a fair review.

Ms.Gray is a popular Christian and Amish writer. I have never heard a foul word in any of her past books, much less the sexual overtones that are not family friendly.

I used to be able to trust that she would write a good, clean book without having to flinch whenever a filthy word came flying out of the character's mouth. Well, now, Shelley Shepard Gray has lost my trust and I'll never listen to another book by her again.

If Ms. Gray wants to start writing smutty romance books, that's her business. But the least she could do is to warn her followers that this book is NOT appropriate for young ears to hear.

Apparently, Ms. Gray doesn't understand, or maybe she doesn't care, that the people who made her famous for the books she used to write, are the very people that she is offending.

Because of her previous books, I was under the impression that Shelley Shepard Gray was a Christian woman. If she were, I would imagine she would understand what the Bible says about using foul language. She would understand that her description of a man and a woman in a steamy scene will be embarrassing to an older women like me when my grandchildren are listening.

Perhaps Ms. Gray doesn't care how her fans feel. I'm not going to try to read her mind by suggesting reasons why she's abandoned her core audience, but, one word of wisdom to
Ms. Gray: The people you meet on the way up are the people you'll see on the way down. How many of us that you have offended will still be here for you? I don't know, but I surely won't. Without a warning that this is not a book for Christian readers, we just assumed we were safe with you. But we aren't.

If you are reading this review and don't mind the language, and strong sexual overtones, I'll be honest, the book meanders around and is repetitive. I don't understand the big deal about all of the poker playing in the book. It adds nothing to the story.

Also, in one steamy scene, It doesn't make sense when we hear the man has his hand stuck up the woman's blouse, and then, when they finish the scene, they start talking about going to church the following Sunday. Honestly, it's confusing.

It saddens me that this kind of book will not please God. When you see His glorious Face, regarding this book... I don't think He will say "Well done, good and faithful servant"

This book is just another trashy romance novel in a sea of too many raunchy books already out there. What used to be special about Ms. Gray, was that she took the high road.

Sadly, that is not the case with this poorly written book.

I was disappointed in this book l could not even finish it. I bought this book based on her previous books. I will be returning this book.

I’ve listened to other books from this author and there was no inappropriate language or situations, and the author brought faith into the story in an appropriate way.
But this one?? Way too many 4-letter words in this book. And then “church” was thrown in as an after thought? Wow. Just seemed very disingenuous. I’m not expecting Bible verses every 5 minutes—but this author has definitely disappointed me.

I picked this book because I thought it would be clean. I was not expecting a lot of bad language and sexual overtones.

I have no idea about the story only made it until chapter 3, slow start and the reader was annoying.

This is book 1 of the series. It is a simple & easy read. I listened to book 2 first, which, in my opinion is a stronger story. The characters in book 2 are more interesting than. I definitely welcome the clean and wholesome stories.

This was a good book but it left you hanging and it did not finish the story.

It’s okay, but too simple. I lost interest midway through. Also, at least one silly mistake, like mixing up people’s names (not sure if it was the writing or the performing), but that’s not a good sign when the story is so boring that even the writer or performer can’t even remember which person is in this scene

I made it to Chapter 7 only by listening on 1.2x speed. Nothing has really happened. The characters have no depth. I hate the sound of the narrator’s voice for the different characters. The school teacher sounds like a teenage girl. This book also came up in my search for clean inspirational books, but seeing the other reviews when I got to this page to post my own, I’m extremely glad that I only made it to chapter 7. I agree with the other reviewers: it’s repetitive and I don’t need to hear multiple times how he’s checking her out while she’s looking at him and vice versa. There’s just no substance, and yes, there are definitely undertones of sexual innuendos. I just can’t listen to this one.

I really enjoyed reading this book. I look forward to reading more books by this author in the near future.