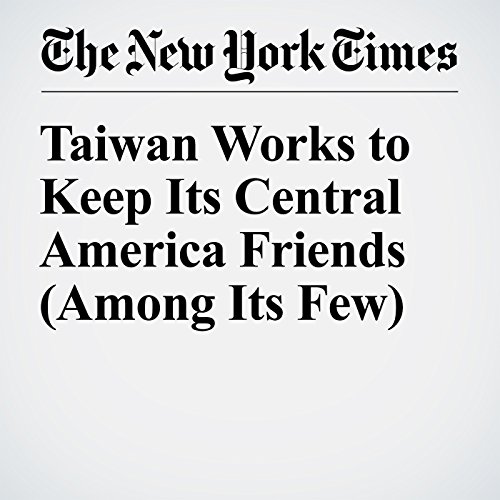 From a global perspective, it is the sort of tour that looks like a diplomatic asterisk. But there is nothing trivial about it for Tsai, who is in Central America to shore up relationships amid increasing pressure from China.

"Taiwan Works to Keep Its Central America Friends (Among Its Few)" is from the January 13, 2017 World section of The New York Times. It was written by Elisabeth Malkin and narrated by Paul Ryden.