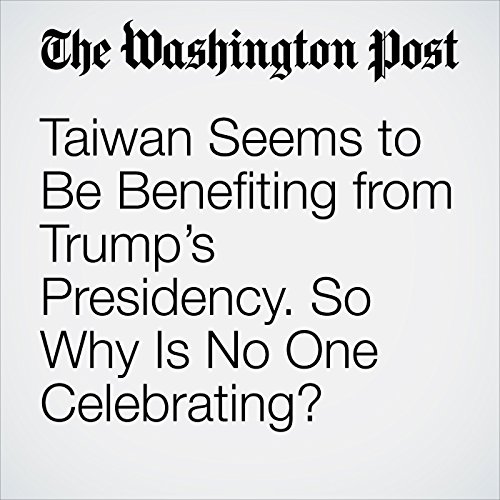 Taiwan Seems to Be Benefiting from Trump’s Presidency. So Why Is No One Celebrating?

If there is a country in Asia that ought to be encouraged by the first 15 months of Donald Trump’s presidency, it’s Taiwan. Even before taking office, Trump accepted an unprecedented phone call from President Tsai Ing-wen and, perhaps out of ignorance, questioned the 40-year-old one-China policy that is the basis for U.S. relations with Beijing. Since then, Trump’s administration has approved a $1.4 billion arms sale to Taiwan and Trump signed legislation encouraging more official visits between the two countries. John Bolton, his recently installed national security adviser, is one of the most pro-Taiwan figures in Washington.

"Taiwan Seems to Be Benefiting from Trump’s Presidency. So Why Is No One Celebrating?" is from the April 29, 2018 Opinion section of The Washington Post. It was written by Jackson Diehl and narrated by Sam Scholl.

Cosa pensano gli ascoltatori di Taiwan Seems to Be Benefiting from Trump’s Presidency. So Why Is No One Celebrating?